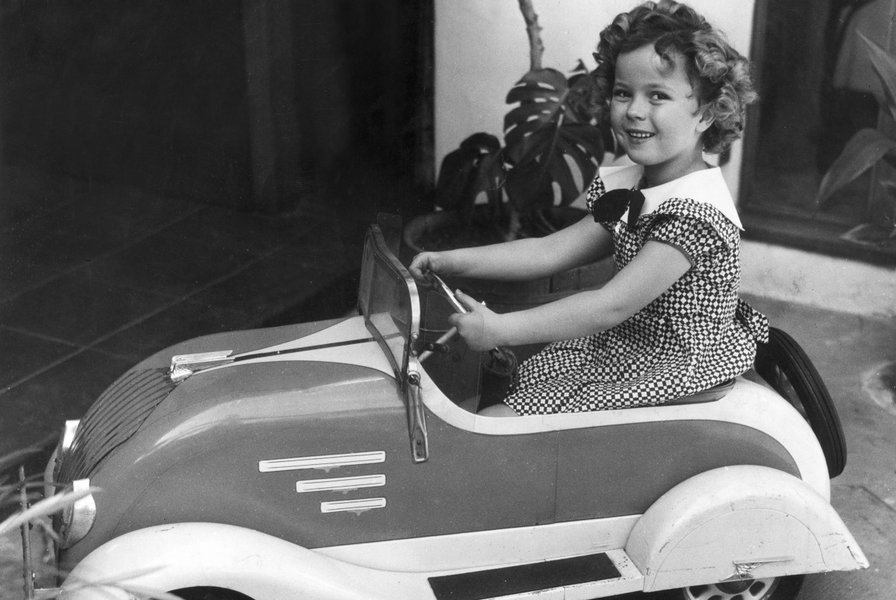 Hundreds of the child star’s dolls, toys, and film costumes are up for sale.

Get ready to have “On The Good Ship Lollipop” stuck in your head, because over 550 items from Shirley Temple’s illustrious Hollywood career are hitting the auction block on July 14. Included in the lot are hundreds of dolls, toys, and other objects, along with nearly 100 film costumes, including some of her most famous outfits from films like Curly Top and Bright Eyes, which featured the above-mentioned earworm.

Items for sale include seven autograph books filled with the signatures Temple collected from fellow movie stars over the course of her Hollywood career. There's even an autograph from her biggest fan, President Franklin D. Roosevelt, who famously told a Depression-ravaged nation, “As long as our country has Shirley Temple, we will be all right.” This despite the fact that Temple shot a slingshot at his wife Eleanor Roosevelt’s backside.

Also on the block is a child-sized racing car with a lawnmower engine given to her by famed tap dancer Bill “Bojangles” Robinson. Temple starred in four films with Robinson, making cinematic history as the first interracial pair to dance together on the screen. “It was really a moment that changed history, a little white girl holding a black man’s hand,” noted Theriault auction house president Stuart Holbrook in an interview with the Guardian. “Now, you wouldn’t think anything of it. But theatre owners said, we won’t show it unless you delete the scene.”

The car, which is likely to be a favorite among buyers even with a suggested price of $10,000, has a storied history. “She tore around the lot at 35 miles per hour,” Temple’s son, Charles Black, Jr told the Guardian. “She ran into a publicist, not very hard, but tore his pant leg. But because it was an unmuffled engine, it disrupted production. And they eventually put a governor on it to slow it down. And they sent it home to her and she drove it around her driveway and lost interest because it was no fun anymore.”

Temple died in February 2014, at the age of 85, and while fans may thrill at the sight of a dress worn inThe Little Princess, Temple’s children simply don’t have the connection to mementos from her films to hold on to the collection permanently. “It’s much harder to say goodbye to something like the baby grand piano, which was given to my mom by the Steinways. That’s been around the house since our earliest memories. We all learned to play on that,” said Black.

Temple, who at the time was the youngest person to ever win an Oscar, wasn’t keen on keeping hold of the past, either. (Would you be if you were once subject to a papal investigation to determine whether or not you were a dwarf?) “She was much more interested in what was happening in the present,” recalls Black. “She didn’t shun the little girl. She always said she and the little girl were a great team because the little girl would get the door open, and then she had a chance.” Temple left Hollywood for a career in politics and international diplomacy, including two appointments as ambassador—to Ghana by President Gerald Ford in 1974, and to Czechoslovakia by President George H.W. Bush in 1989.

The sale of the Shirley Temple memorabilia takes place at Theriault's auction house on July 14.